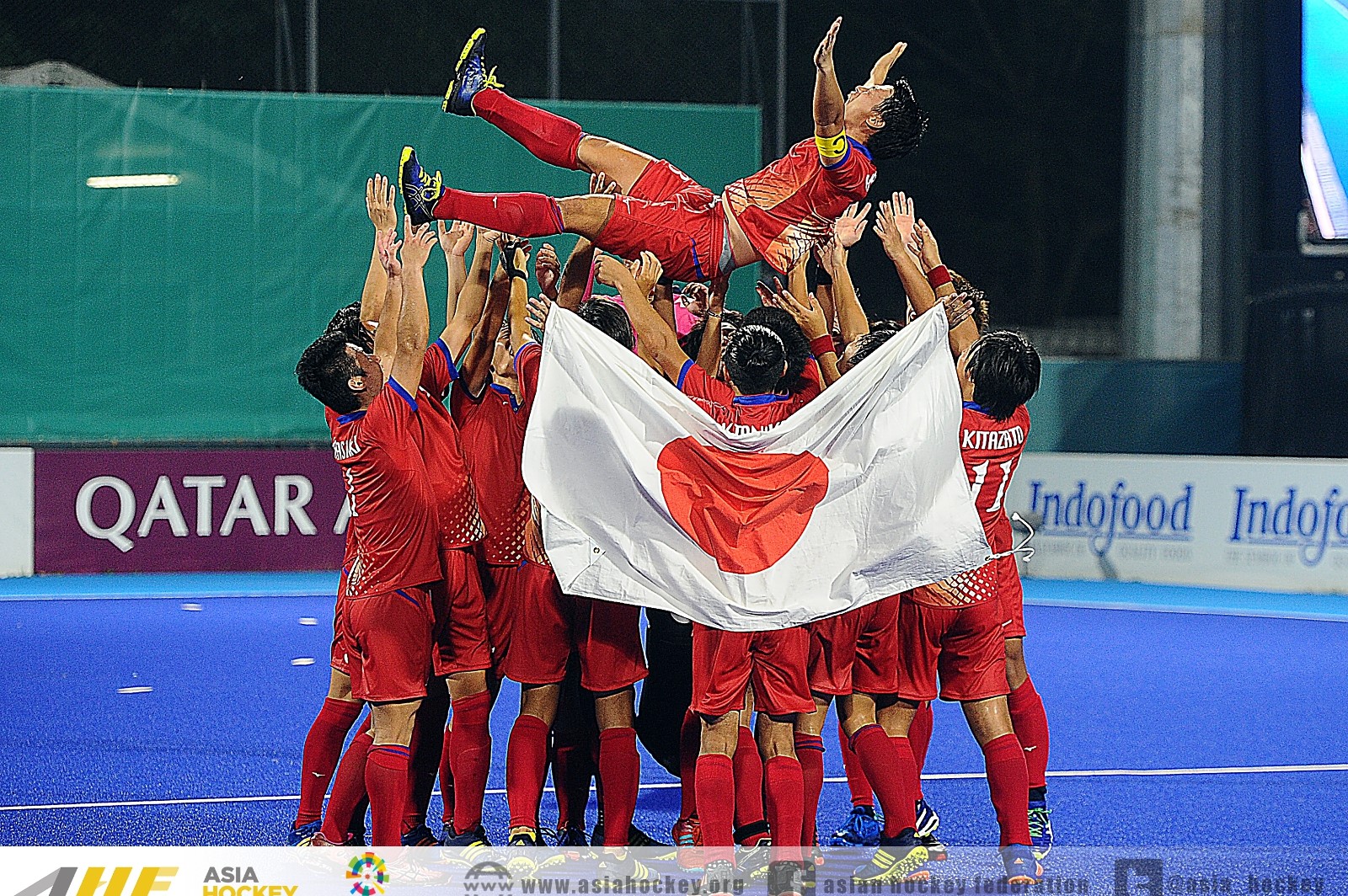 In a stunning comeback, Japan men won their first Asian Games hockey gold to match the achievements of the women’s side, as both nations scored significant title wins on the path to the Tokyo 2020 Olympics

Japan, who were 5-2 down, overhauled the deficit to beat Malaysia 3-1 on a shoot out after equalising in the final seconds to draw 6-6 in normal time in Jakarta.

Malaysia thought they had won their first gold when Tengku Ahmad scored from a deflected corner in the final minute.

But Hiromasa Ochihai levelled 13 seconds from time to take the final to the shoot out.

“What can I say, I am very proud of my players. They achieved what was deemed the impossible and they will cherish this gold medal for the rest of their lives,” said Japan coach Siegfried Aikman.

“They never give up attitude is what saw us triumph, this is such a great event for hockey in Japan as the women too won gold.”

The result means that no team will qualify for the Tokyo 2020 Olympic Games from this tournament as Japan, as host nation, have an automatic place.

A further Olympic qualification event will now take place towards the end of 2019.

In the bronze medal match, world No 5 India, the defending champions, defeated Pakistan 2-1. Akashdeep Singh gave India an early lead and the score was doubled by Harmanpreet Singh in the 50th minute.

Pakistan fought back through Muhammad Atiq but India dug deep to win the bronze medal.