‘The End of hockey is Near’ by Ernst Baart

‘The End of hockey is Near’ by Ernst Baart 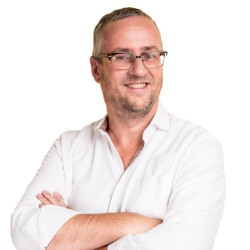 We need to engage in productive conversations about the sport we love, especially when it concerns where hockey is going both now and into the future. Recently I was sent this article and thought wow! As a hockey writer we need more of this. One might not agree with all that is said but it is not about that it is about conversation engagement through opinions shared.

The following shared article is written by Ernst Baart (from be-hockey.com)

It’s unlike me to be a pessimist, especially when it comes to hockey. A sport I love and I’ve seen grow exponentially in my “backyard” of the Netherlands and Belgium. So why be negative you might ask? Well, mainly because of a manifest lack of love shown for the game from the decision makers in our sport.

Not enough love for the game

At the moment our sport is run by administrators whose priority seem to be either a career in politics or the sponsorship business. Yes of course there are exceptions who mean well, but it seems their voices are not heard anymore.

The Champions Trophy, once a major event in the world of hockey, has finally died last week after being strangled and mutilated for many years by the administrators of the FIH. It will be replaced by the newest event in the portfolio of the FIH, the Hockey Pro League. So far the HPL, about to start in 2019, does not have any important sponsor(s). The HPL, before even beginning, lost its biggest broadcast partner and 2 teams from the nation with the biggest audience. It’s left with only 1 country able to “guarantee” audiences of +2000 people for all of its home games. I admit I like the original thought behind this event with more games in front of home crowds instead of the old tournament format. But as I described in earlier opinion pieces, we have 2 types of hockey: domestic and international. The domestic hockey, because less important for some will be crushed by international hockey. And even though we acknowledge its importance is mostly felt or visible in Europe, the flagrant ignorance and disregard for domestic hockey will be the start of the end. Because the love for our game starts at the grassroots level, wherever you live around the world. Failing to see this and act upon it will be (is) devastating for hockey.

Why would we need a revolution?

In 2014 at the FIH congress – in Dubai of all places – they decided we needed a “hockey revolution”. Yes, our sport got a warning from the IOC after the 2012 London Olympics. Even though the Riverbank Arena at the Queen Elisabeth Olympic Park was packed with +15.000 people every day. That was not good enough for the IOC, another institute whose focus has shifted from sport to entertainment. Rio 2016 got much better grades, even though the attendance at the Deodoro stadium was poor to say the least. But apparently we did a lot better in digital presence where we came in 3rd among all sports (behind football and athletics). So the IOC was happy. But what did it mean for hockey? Did we grow as a sport in Brazil or any of the other competing nations? Did we get more sponsors? I guess not… So what’s the point? More exposure is one thing, but meaningless if it does not serve to make our sport stronger, bigger, better.

When you take a look at the FIH website in search for their mission statement or something similar you won’t find anything easily. They do communicate their strategy for 2014-2024 a.k.a. “The Hockey Revolution”. Here you’ll read about what’s important for the FIH administrators of our sport:

The initiatives they prioritise to make this happen are entertainment, TV, marketing, commercial partners, high-performance sport. You’ll have a hard time finding anything about the original values of (team) sports: fair play, health, education, participation and inclusion, … What a difference compared to the EHF where the mission statement is not only very clear but also appropriate: “To encourage, promote, develop and administer hockey in Europe at all levels in order to maintain hockey as an Olympic Sport on the Olympic Program and maximise participation, standards, enjoyment and community involvement. The work of the EHF and its efforts shall be based on democracy, loyalty, equality and especially recognising the importance of our volunteers.”

Call me naive but for me sport is not a business! Yes, there is room for business in sports and a business-like approach to managing the sport. But sport is not about making a profit! I applaud all those who are able to make money from sports: athletes, sports retailers, sports brands,… I don’t mind the competition set up with franchise teams whose owners are in it for the money. I even like these. I also understand the focus for certain event organisers on entertainment, a good ROI for their sponsors and revenue to break even or fund future events. But… (inter)national associations and federations such as the FIH exist to promote the sport, not to make money! Yes, we need to make money to promote the sport. But we do not promote the sport to make money… Those are different.

So I get nervous when the FIH seems to focus almost 100% on entertainment, professionalisation, branding and digital followers. The focus should be on players first, fans second, viewers third and followers last… Obviously, besides these you need a healthy focus on the interest of your partners / sponsors as well to guarantee them the ROI they need to continue supporting our sport.

Domestic hockey, both top and grassroots hockey, in whatever shape or form will always come first because it is the foundation for our game of hockey. Without a solid foundation you can forget about building your viewership or followers…  International tophockey exists to make domestic hockey possible, not the other way around! You need a solid base of enough hockey engaged people (players, coaches, parents,…) to get to your first couple of thousands of spectators for each game. Then and only then you can expand on this with the right marketing to get your viewers behind the screen and the followers on social media beyond the core of true hockey people. The other way around will never work!

Reading the first interview with Thierry Weil, the new CEO for the FIH, at his own website, he makes a lot of business sense. Obviously the guy knows what he’s talking about when addressing sport sponsorship deals and building the commercial side of things. However you could wonder if he’s interested at all in growing our sport. I’m not talking about revenue nor worldwide followers. Is he interested in growing the number of active hockey players around the world? Or is that something he considers not to be a priority for the FIH?

Common sense tells us building campaigns or anything to generate millions more followers around the world for hockey is like building on quicksand if you forget to start with the foundations: those who actually play the game or are involved in hockey today in some way. It’s like buying likes for your facebook page or followers for your twitter or instagram accounts… It might look impressive at first, but it will add no value in the end! The former FIFA marketing chief Weil about the so called “Hockey Revolution” strategy chosen by the FIH :

“The Hockey Revolution is an ambitious mission but it opens a lot of possibilities in view of new initiatives and different approaches. I think that the way to increase the popularity of the game is to make it simple to play and easy to understand.”