The Kookaburras have defeated New Zealand 5-1 at Sydney Olympic Park Hockey Centre on Thursday night to claim a spot in the Oceania Cup Final.

The result made it two wins from two matches for Australia after Wednesday’s 30-0 victory over Papua New Guinea. 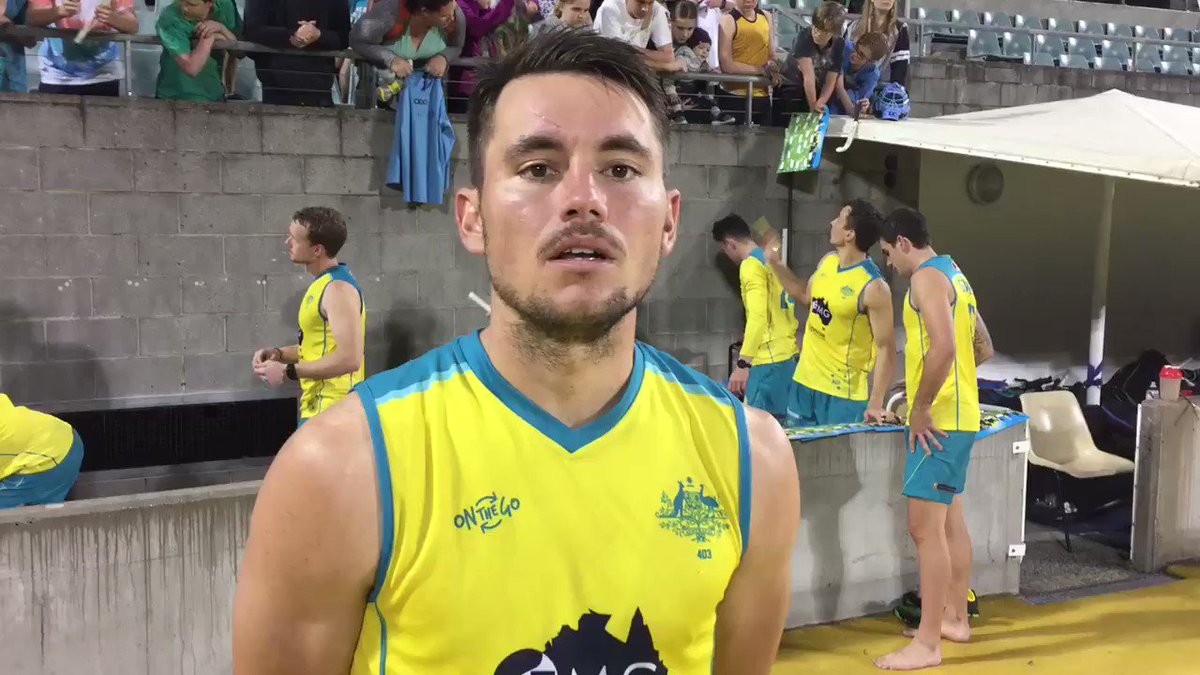 Two-goal hero @jeremy_ndh was a little distracted during his postgame chat!! Not a bad night's work! #OC2017

Two-goal hero Hayward said: “It was a pretty good performance, 5-1 in the end.

“That’s the round matches done so we’ve got a rest day tomorrow, training on Saturday and then we’ll be ready for the final on Sunday.”

Hayward opened the scoring late in the first quarter but the opening half was an even affair, with Australia edging the chances but only holding a 1-0 lead.

The Kookaburras converted their opportunities in the third quarter to open up a three-goal buffer at the final break, with Whetton and Hayward grabbing the goals.

Hayward added the third in trademark fashion with a powerful shot from a penalty corner on 42 minutes.

Australia were happy to pass the ball around early in the last, before Craig powered home a fierce shot from just inside the circle to make it 4-0.

New Zealand pulled one back when Daniel Harris shot in the back of the net from a penalty corner.

But the Kookaburras added a fifth barely 15 seconds later when Trent Mitton drove forward and squared for Wotherspoon who brilliantly volleyed home.

The Kookaburras are next in action in the Final on Sunday with another match-up against New Zealand the likely scenario.

“They’re a good side,” Hayward said.

“They’ll challenge us no doubt. We’re looking forward to Sunday.”

As for his two-goal penalty corner effort, Hayward added: “I’m pretty happy about that.

“I have just to walk up and flick a corner. All the strikers do the hard work so I’m very happy.”