The Hockeyroos have qualified for Sunday’s Oceania Cup Final after a routine 23-0 victory over Papua New Guinea at Sydney Olympic Park Hockey Centre on Thursday night.

Emily Smith scored five goals in her first game as Australia captain, while Kathryn Slattery blasted a first-half hat-trick on her way to four for the match.

There were 10 different goa lscorers in the victory, including Renee Taylor who opened the scoring to get her maiden international goal, before completing a hat-trick.

“It’s always good to get on the scoresheet,” Taylor said.

“Your first international goal is definitely one you remember throughout your career, so it’s very exciting to finally get one in.” 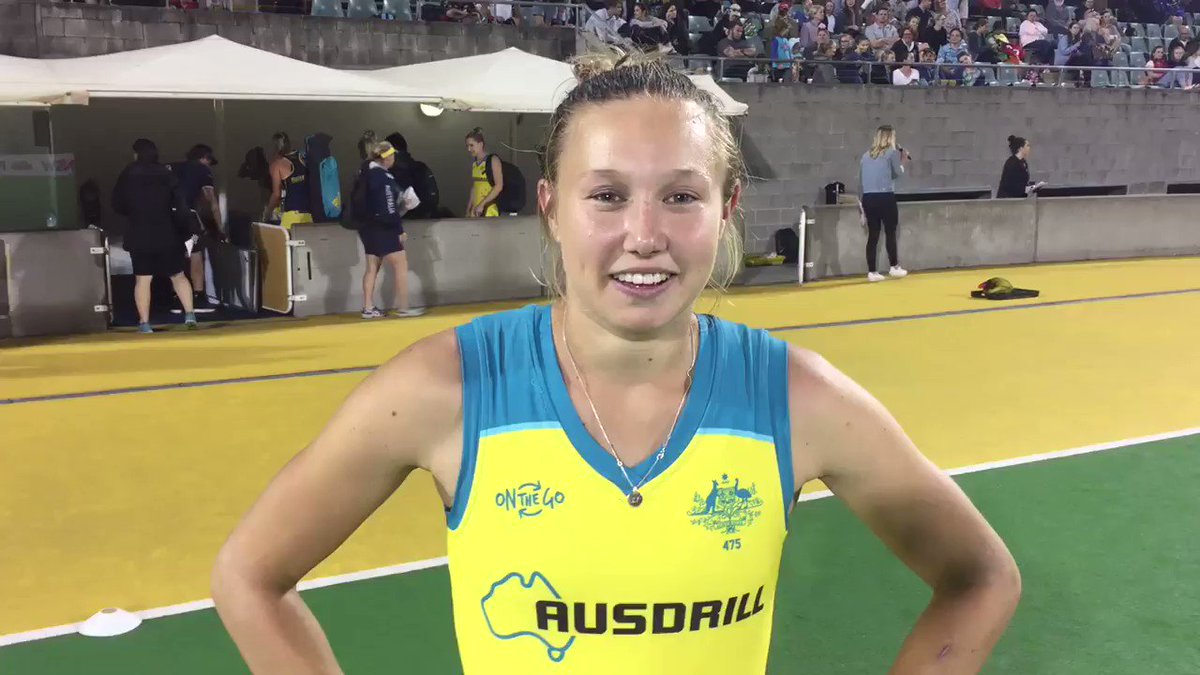