The Hockeyroos have emphatically defeated Japan 8-1 to seal a clean sweep of their Test series in front of a healthy Adelaide crowd on Saturday afternoon.

Australia clinched the 3-0 series win with Madi Ratcliffe scoring a double, the first and last goals of the game, ending the side’s year full of positivity.

Emily Hurtz, Gabi Nance, Maddy Fitzpatrick, Renee Taylor, Savannah Fitzpatrick and Kathryn Slattery were all on the scoresheet too.

The triumph ends the Hockeyroos’ 2017, ahead of a huge year where they will compete at the Commonwealth Games on the Gold Coast and the World Cup in London.

Ratcliffe said: “it was pretty good to put eight goals in the back of the net. It’s a great way to finish 2017 with the girls.

“It’s been a really successful Test series here in Adelaide, especially on the back of the International Festival of Hockey where they got the better of us.

“It’s a good way to finish off the year.” 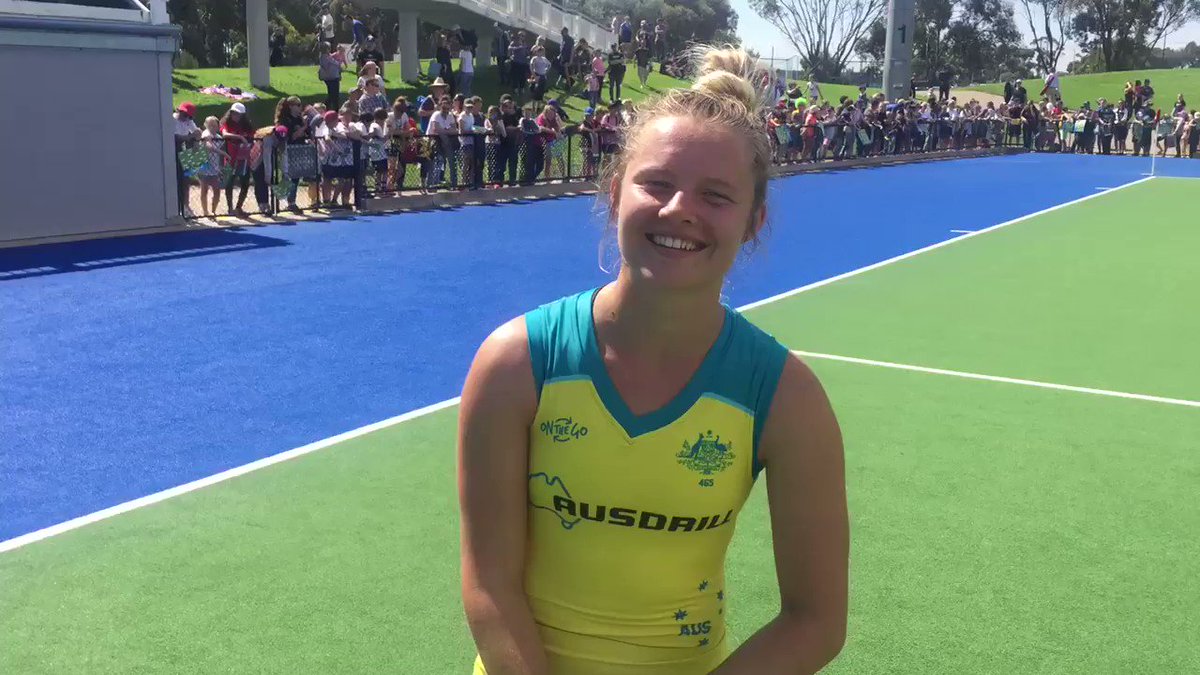 Saturday’s win was impressive, with Ratcliffe opening the scoring after four minutes when her cutback deflected in off Japanese defender Mami Ichitani.

Hurtz doubled Australia’s lead after 10 minutes, finishing off a sweeping move after a good release from Kathryn Slattery.

The second period was full of chances, with local girl Gabi Nance powering home the third from close range, before Japan hit back through Yukari Mano after Aleisha Power had been forced into a pair of saves.

The Hockeyroos executed a perfect penalty corner with Maddy Fitzpatrick shooting into the backboard in the 25th minute.

Australia won the first short corner of the second half, with Renee Taylor firing high into the corner to make it 5-1.

The chances dried up in the third period after that, although Japan should’ve pulled one back early in the last when Minami Shimizu centred for the unmarked Shoko Kanefuji who pushed her shot wide.

Australia piled on three goals in the final four minutes, with Savannah Fitzpatrick and Kathryn Slattery finishing off swift moves, before Ratcliffe fired in a rebound after Jane Claxton’s shot was parried into her path.

Speaking about the healthy crowd, Ratcliffe added: “I’m so stoked everyone came out. It’s amazing playing here in Adelaide the atmosphere is so nice. I love playing in Australia.”