The Hockeyroos have fought back from 2-0 down to claim an exciting 3-2 win over the United States in the International Festival of Hockey at Melbourne’s State Netball and Hockey Centre on Thursday night.

Australia, who lost 2-0 to the Netherlands in their festival opener on Wednesday, were on the back foot after two first quarter goals for the visitors.

However, the emerging Hockeyroos showed ticker with an outstanding second-half where goals from Jane Claxton, Brooke Peris and Emily Hurtz clinched an important win.

Hurtz’s winner came after a slalom run down the left flank from the impressive Maddy Fitzpatrick.

The result means the Hockeyroos will qualify for the gold medal match on Sunday if they defeat Japan on Saturday.

Peris said: “At half-time we got a pretty hard message. It was about passing to the free player and not mucking around with the ball. First player you see that’s open, just give it to them.

“That’s what worked and that’s how we came back for the win.” 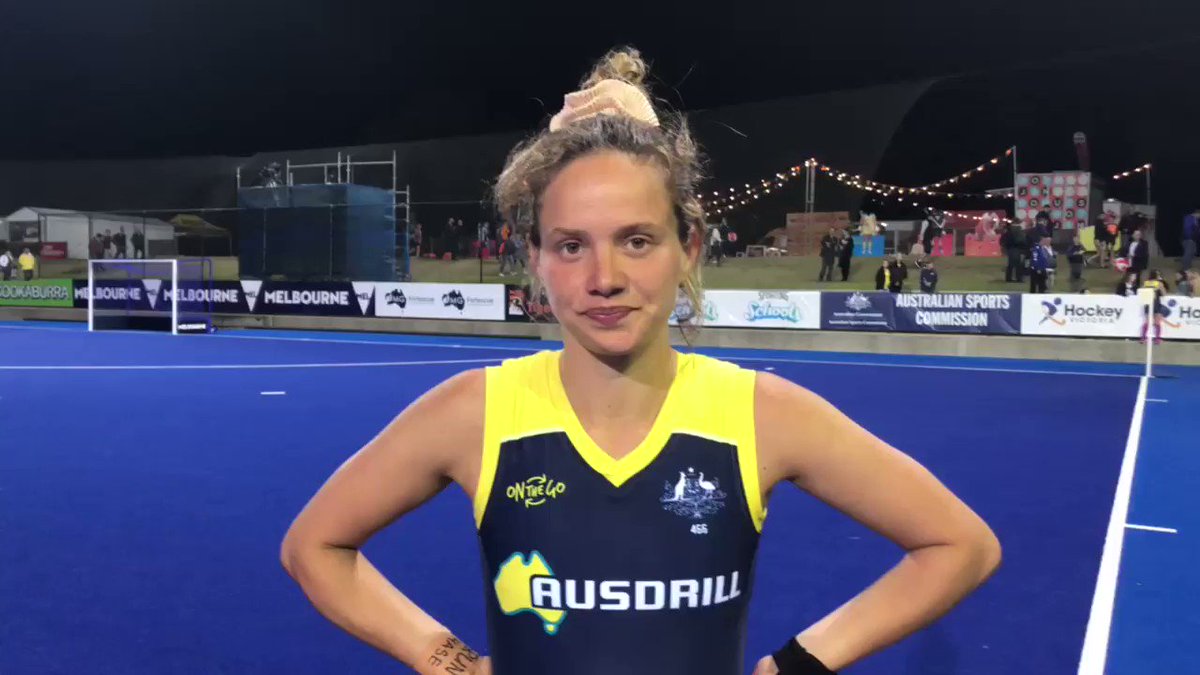 A massive comeback saw us defeat USA 3-2 after trailing at half time. Brooke Peris scored a crucial equaliser in the third & spoke to us about the win #IFOH2017 #Roovolution

Earlier, USA captain Melissa Gonzalez opened the scoring from an eighth minute penalty corner, before Casey Di Nardo dispossessed Madi Ratcliffe inside the shooting circle to fire in the second moments prior to quarter-time.

Goalkeeper Rachael Lynch kept Australia in the contest with a crucial save from Di Nardo right on half-time before the turn-around.

The Hockeyroos kept on mounting the pressure in the third period with Emily Smith also testing Briggs.

The pressure told in the last quarter with Peris equalising with a cool finish from a loose ball before Hurtz diverted home the winner in the 53rd minute after Maddy Fitzpatrick and her sister Savannah combined.