Hockey Australia today announces the Hockeyroos teams for next month’s International Festival of Hockey (IFoH) in Bendigo and Melbourne and the Test Match Series against Japan in Adelaide.

The Hockeyroos will follow that tournament with a three-Test series against the Japanese in Adelaide from 15-18 November.

CLICK HERE TO BUY TICKETS FOR THE INTERNATIONAL FESTIVAL OF HOCKEY

Hockeyroos coach Paul Gaudoin said: “This is a great opportunity to play against high quality teams and also explore our playing group so we can make better decisions in regards to our selections for next year.

“We’re wanting to give people opportunity and exposure. Performances in the Australian Hockey League (AHL) have allowed us to look at a few other people.”

Earlier this month, Australia won the Oceania Cup in Sydney after defeating New Zealand 2-0 in the final.

From the Oceania Cup team, Victorian trio Laura Barden, Lily Brazel and Emily Hurtz along with Queensland's Savannah Fitzpatrick all come in for the IFoH.

Kate Hanna, Gabi Nance, Kathryn Slattery and Grace Stewart are the players to make way from the 18-member team for the IFoH.

Brazel is uncapped at senior level, while 22-year-old Fitzpatrick, the sister of current Hockeyroos defender Maddie, has six caps from 2015 and 2016.

Hurtz hasn’t played for the Hockeyroos since the 2014 World Cup but has 85 caps and 30 international goals to her name.

“Emily has been very impressive,” Gaudoin said. “She had an outstanding AHL. She’s been the top scorer for the last three AHLs, so she’s shown consistently that she can play.

“She’s keen to be involved. She’s a very good striker and we want to give her the opportunity.”

Gaudoin added: “Lily has impressed during the camp at the start of the year. She had a very strong Development Tour of Japan and backed up with her performances with the winning Victorian team at the AHL in Perth.

“Savannah is not too dissimilar to Lily. She had impressive performances at the camp in March and also the Japan Development Tour and also AHL.” 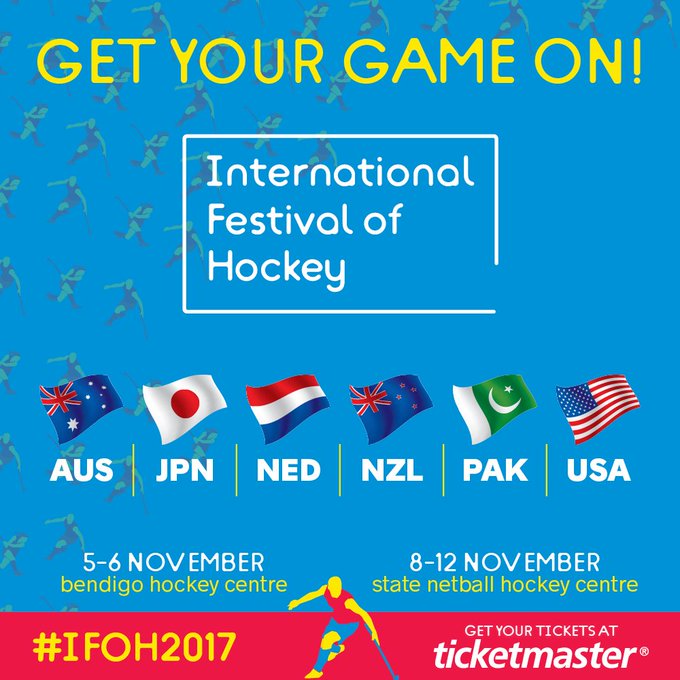 The selectors have made further changes for the Japan Series, with WA goalkeeper Aleisha Power and NSW midfielder Mikaela Patterson in line for international debuts.

“Aleisha Power was Goalkeeper of the Tournament at the Junior World Cup last year,” Gaudoin said.

“She’s a very athletic and strong goalkeeper and we think she’s someone to keep an eye on for the future.

“Mikaela Patterson was impressive at the Junior World Cup last year. At our national camp at the start of the year and the AHL she was impressive. She played very well in the National Under-21s in a winning team.

“She’s a fleet footed defensive midfielder and we give her an opportunity.” 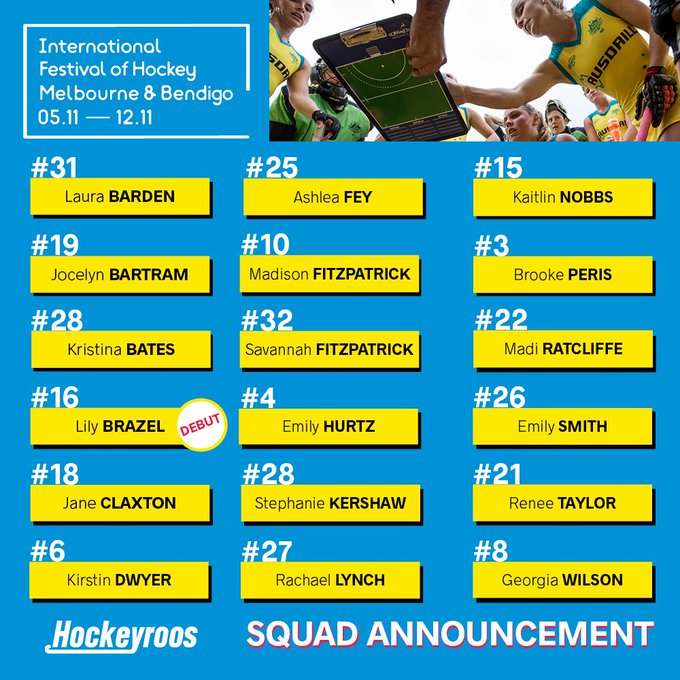 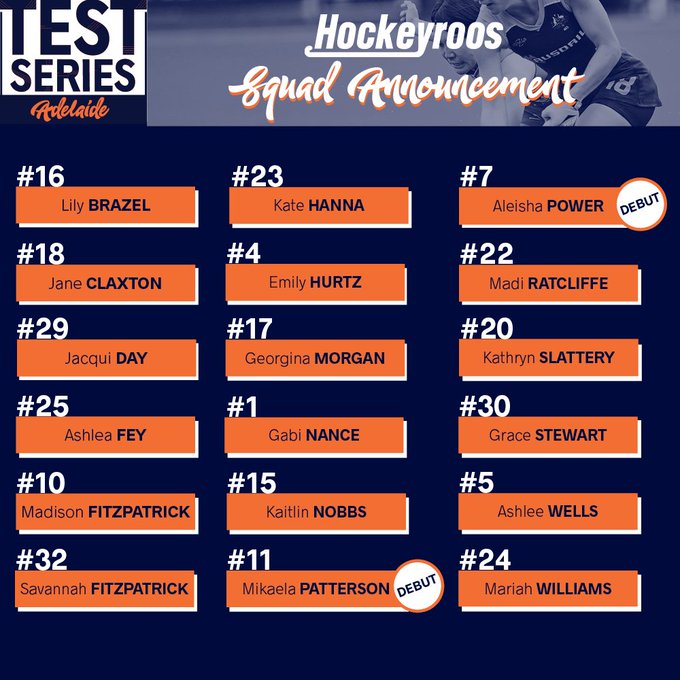