The Kookaburras have qualified for Sunday’s International Festival of Hockey gold medal match after a 4-1 win over New Zealand at Melbourne’s State Netball and Hockey Centre on Thursday night.

Melbourne product Aaron Kleinschmidt starred again on home turf with two goals and an assist as the Kookaburras continued their recent dominance over the Black Sticks, having won the past five encounters including last month’s Oceania Cup final.

Kleinschmidt has scored four goals from two games in the tournament, after netting a double in Wednesday’s 9-1 win over Pakistan.

The win means Australia sits top of the table with two wins, while Saturday’s opponents Japan are second on four points, with New Zealand third on one point and Pakistan eliminated after two defeats.

A typically humble Kleinschmidt said: “I just get on the end of them. The team does all the work and I just tap them in.” 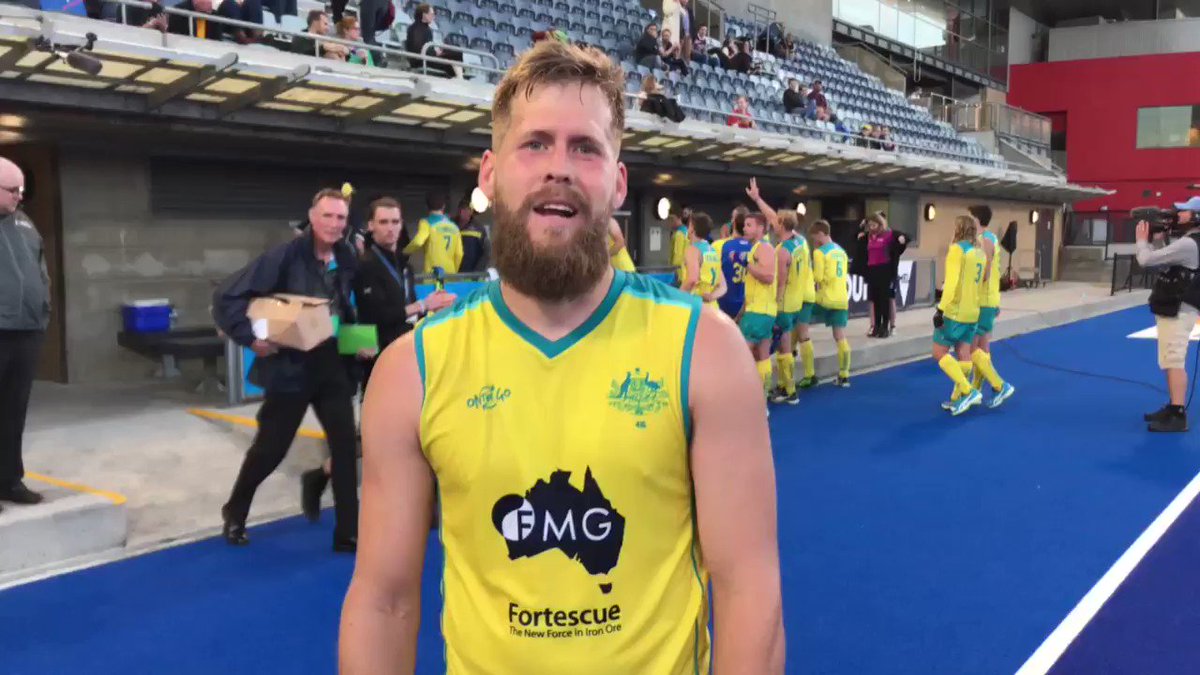 Aaron Kleinschmidt has been on fire during #IFOH2017 scoring four goals so far, we caught up with him after our 4-1 victory over New Zealand

Blake Govers, who scored a second-half hat-trick against Pakistan, opened the scoring after Kleinschmidt squared for him on seven minutes.

Jeremy Hayward forced a good save from Black Sticks goalkeeper George Enerson from a penalty corner before half-time.

Kleinschmidt scrambled home Australia’s third on 32 minutes while Arun and Jared Panchia both had good chances saved by Tristan Clemons in the third period.

Jared Panchia pulled a goal back on the turn on 47 minutes, before another local forward, Kiran Arunasalam, rounded out the scoring with a simple deflection into the backboard.

The Kookaburras are next in action on Saturday against Japan.