Hockey Australia today announces the Kookaburras 19-member team for next month’s International Festival of Hockey in Bendigo and Melbourne.

CLICK HERE TO BUY TICKETS FOR THE INTERNATIONAL FESTIVAL OF HOCKEY

The Kookaburras won the Oceania Cup earlier this month in Sydney and the national selectors have made a number of changes from that team, with a view to preparation for the World League Final in India in December.

Uncapped trio Jake Harvie (from WA), Tim Howard and Corey Weyer (both from Queensland) get an opportunity after strong performances at the Australian Hockey League.

Victorian trio Kiran Arunasalam, Aaron Kleinschmidt and Josh Pollard are all recalled after their AHL triumph to play in their home state, along with goalkeeper Andrew Charter.

Captain Mark Knowles, Ben and Tom Craig, Tyler Lovell, Trent Mitton and Matthew Swann have been left out. In Knowles’ absence, Aran Zalewski and Eddie Ockenden will lead the side.

Kookaburras head coach Colin Batch said: “Having a tournament prior to the World League Final is a great opportunity.

“We’re very mindful it’s been a long season for some players who played in the Hockey India League earlier this year.

“The key thing is for these players to refresh for World League Four and we think we can achieve that, while some of the others need to play therefore the Melbourne and Bendigo matches are ideal.”

Batch said it was an ideal opportunity to blood some youth who would provide enthusiasm into the group.

“Jake Harvie is a really exciting player from WA,” Batch said. “He didn’t play in the Junior World Cup last year but he’s progressed since then. We’re really keen to see what he can produce.

“Tim Howard was a good leader of the Junior World Cup team last year. He’s a good midfielder, played well for Queensland at AHL. He deserves his opportunity.

“Corey Weyer has come a long way in the last 18 months. He can play as a defender or in midfield. He’s an exciting prospect.

“It’s an ideal time for all three to come into the tournament and experience international hockey, they’ll bring some enthusiasm to the group.” 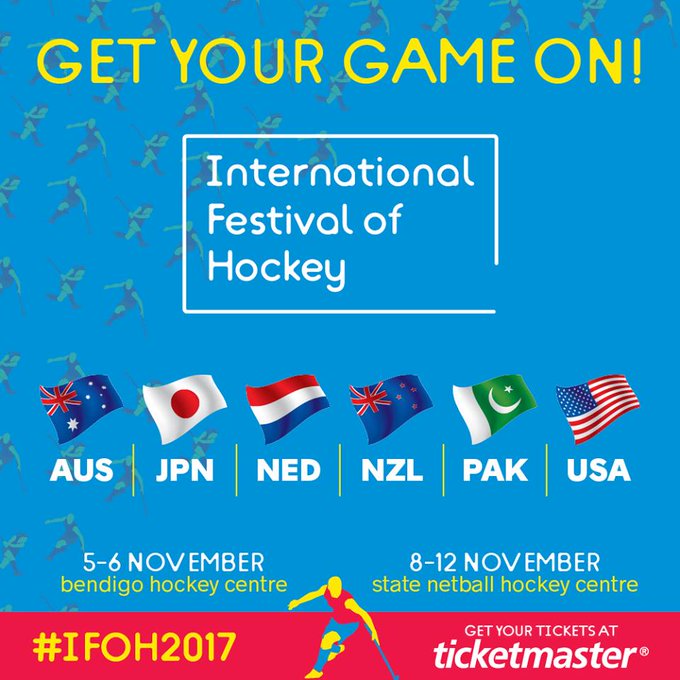 Batch said there was plenty to gain from the International Festival of Hockey.

“Playing consistently well at international level has been a challenge for us in the past,” Batch said.

“We produced good form during the Oceania Cup but we need to continue that in these matches.

“Japan and Pakistan have been playing in the Asia Cup so they present a different opponent. It’ll be a good challenge for us.” 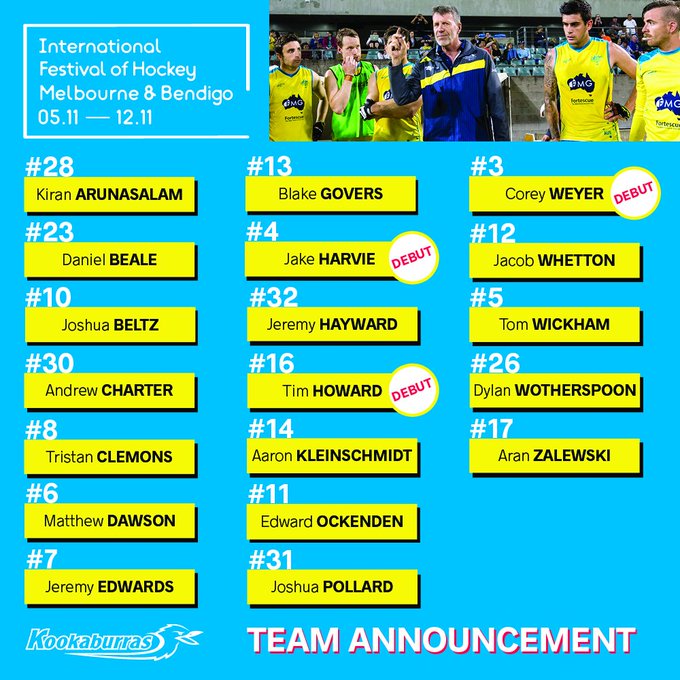 ICYMI the @Kookaburras team to play in #Bendigo & #Melbourne next month has been named #PrideOfTheKookas > http://www.hockey.org.au/News/kookaburras-team-named-for-international-festival-of-hockey …