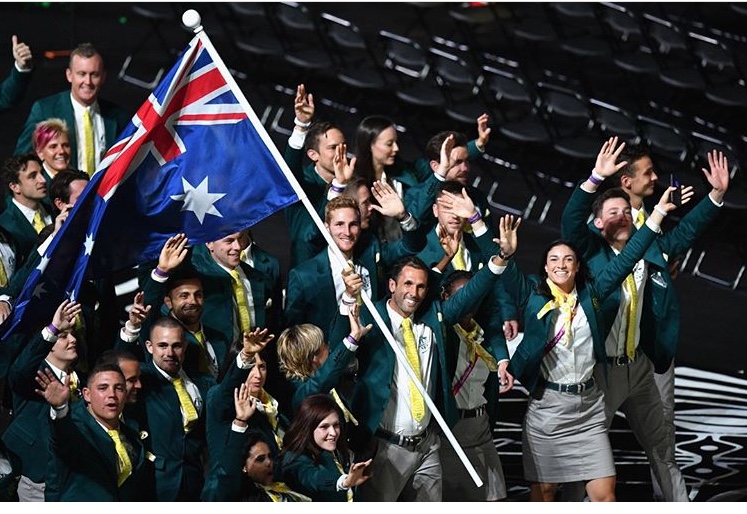 It is now common knowledge that Australia’s decorated Kookaburra Mark Knowles is set to retire from International hockey after the Gold Coast Commonwealth Games. The four times Commonwealth Games player is bowing out to the accolades of an International audience that not only includes the hockey fraternity but the larger non hockey community. Mark was given the prestigious honour of leading out the Australian Commonwealth Games team as the flag bearer. It was anticipated that the global viewing audience was 1.5 billion people. The world got to know Mark Knowles and in this special moment in time hockey through the efforts of Mark was elevated as a sport.

Hockey in Australia receives little to none mainstream media attention. However the media portrayal of Mark as a decorated player, leader, and role model reflected favourably about hockey as a sport, especially after the degradation of Australian cricket due to the recent cheating scandal in South Africa. The proof of this has been the number of non-hockey people who came to watch the hockey and from all reports came away enthralled by what they witnessed through the spectacular atmosphere and highly skilled hockey games that were evident at the hockey centre.

In the hockey circles we are familiar with Mark’s long list of playing creditionals. A Rockhampton product Knowles won gold at the 2004 Athens Olympics bronze in Beijing (2008) and London (2012), gold at the last three Commonwealth Games, and was named the FIH World Player of the Year in 2014. He is one of only six Kookaburras to have earned more than 300 international caps. However what have been so incredible is Mark’s leadership qualities. Current Kookaburras coach, Colin Batch said “Mark has been a great player for Australia, he’s given us great service and he’s been one of the outstanding players in world hockey. We’ve seen his leadership grow from a lead-by-example style to now as a very inspirational leader with not only what he does, but what he says.”

What a wonderful opportunity that hockey is presented with. Mark may have retired at the end of the Commonwealth Games with a Gold Medal as a fairy tale finish to his career but what is important now for hockey administrators to utilise the exposure of Mark as an idyllic ambassador to further promote hockey and open doors to commercial opportunities and the media who pave the way for commercial opportunities also. I am sure Mark would want nothing but the best for hockey through further use of his services. He is a great public spokesperson. It is no wonder one of his post International hockey roles is to be a QAS (Queensland Academy of Sport) Personal Development Officer.

In talking to non-hockey people during the Commonwealth Games it became apparent that they became more understanding of hockey as a sport through the media’s exposure of hockey, Mark’s role, and watching the hockey. The people I spoke to were amazed at the speed and skill level of elite hockey. Perfect timing for Hockey Australia will lead the charge to capitalise on strategic post games sports marketing of hockey using Mark as a spearhead.

Congratulations Mark on your highly commendable International hockey career. I for one would propose that you are Australia’s all-time great hockey player. We look forward to watching how you make an even bigger contribution to Australian hockey off the field as your future unfolds.