Locations have today been announced for the 2018 U15, U18 and U21 Australian Championships.

Both the Under 15 and Under 21 events will be held in NSW, with the U15’s event to be held in Wollongong at the Illawarra Hockey Stadium in April, while the U21’s event will be held at the Sydney Olympic Park in July.

The Under 18’s Australian Championships will be held at the Northern Hockey Centre in Launceston, Tasmania in March.

Hockey Australia Senior Manager - Events & Operations, David White said: “We’re pleased to be able to confirm the locations for three of our Australian Championship events in 2018. Both New South Wales and Tasmania are sure to host excellent events which wouldn’t be possible without the assistance of Destination NSW and Events Tasmania respectively.

Australia played Egypt tonight in the quarter final of the World League Semi-Final, with Kookaburras captain Mark Knowles reaching an incredible 300 international games for Australia. The Kookaburras were triumphant winning the game 4 – 0 to make the semi-final of the World League Semi-Final, along with qualifying for the 2018 World Cup in the process. 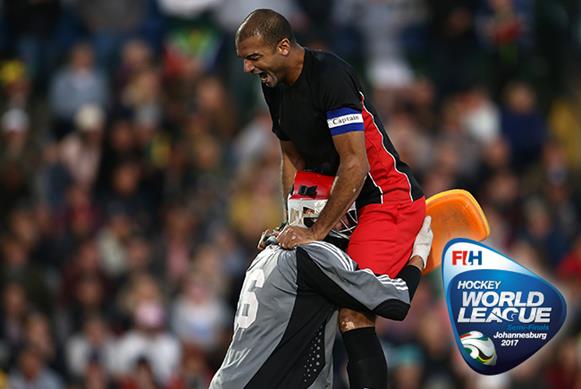 Johannesburg, South Africa: Four continental derbies took centre stage on on a sold-out Day 8 of the Hockey World League Semi-Finals at Johannesburg’s University of the Witwatersrand, with Spain, Australia, Egypt and Germany all claiming crucial wins in the men’s competition.

A double from Jeremy Hayward has helped seal the victory for the Kookaburras in their second test in Bendigo against India, with goals from Trent Mitton and Jake Whetton rounding out Australia’s score.

Only six minutes into the first quarter and India took charge of the game, taking the first goal out with a field goal flicked by Akashdeep Singh sneaking in past goalkeeper Andrew Charter.
Read More

The Australian Burras have won the 2016 Sultan of Johor Cup for the first time after defeating Pakistan 3 -1 in the final of the tournament at the Taman Daya Stadium.
Read More