Youthful Hockeyroos Bounce Back Against Japan

Youthful Hockeyroos Bounce Back Against Japan

The Hockeyroos have exacted some revenge for Saturday’s loss to Japan with a 5-1 win in the opening game of their Test series at Adelaide’s State Hockey Centre on Wednesday night.

Australia had gone down 3-2 to the Japanese on Saturday in Melbourne, subsequently missing out on the final of the International Festival of Hockey, but bounced back in Adelaide on a night where two players debuted in goalkeeper Aleisha Power and Mikaela Patterson.

Maddy Fitzpatrick scored a double, while sister Savannah, who scored a brace against the Japanese on Saturday, opened the scoring.

Australia raced to a 3-0 lead within 17 minutes in a strong display by a youthful side, which featured 10 players 21 or under.

Speaking after the game, Power said: “It was a good start. It was a little bit disappointing that they got a goal.

“We got a lot of goals in the first half. We were hoping to take the win considering they beat us last week at the International Festival of Hockey.” 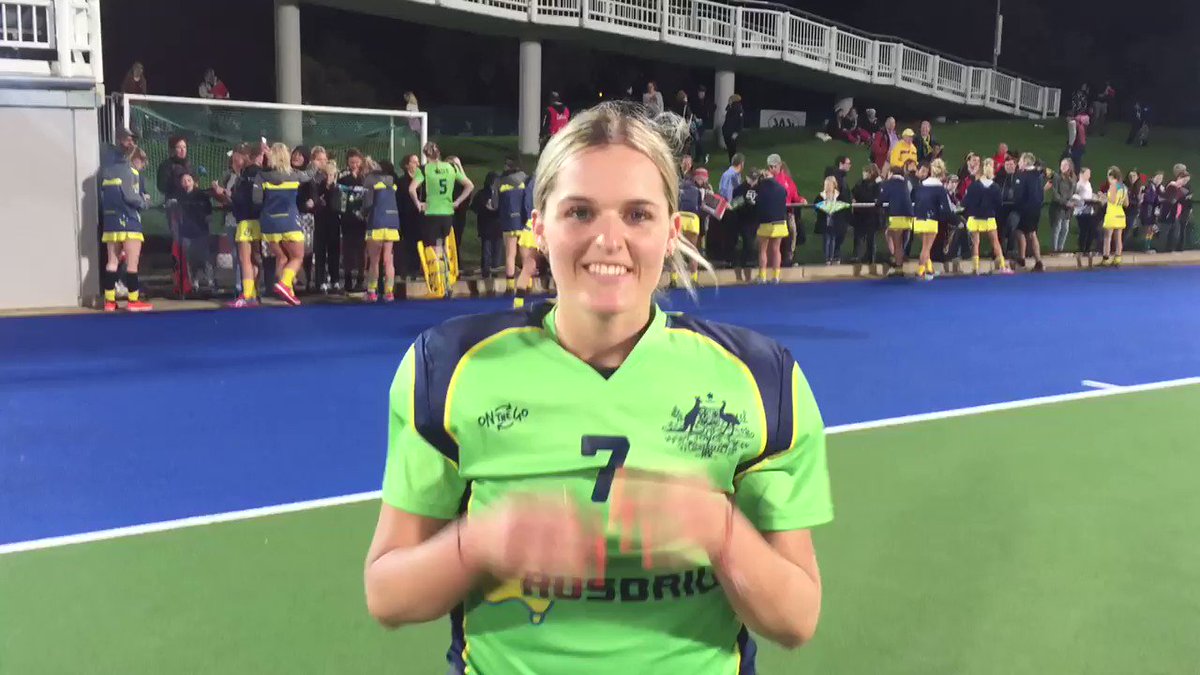 Hear from one of our two debutants tonight Aleisha Power!! #AUSvJPN #Roovolution